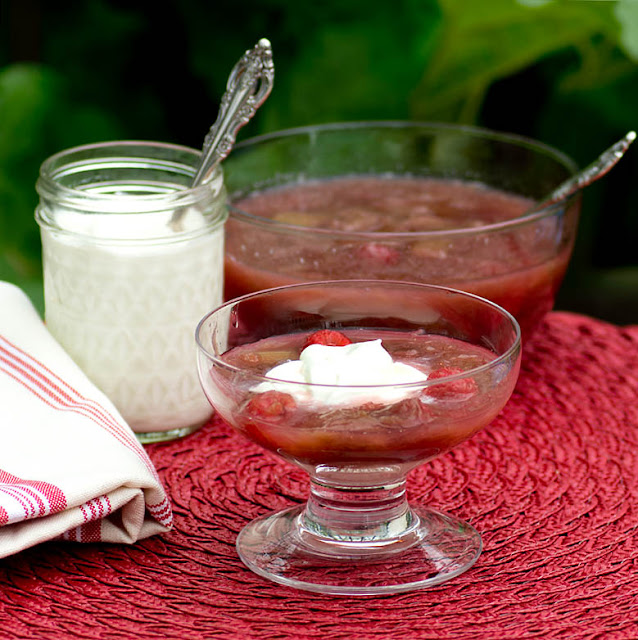 Ah, rhubarb! Although not quite as fleeting in the garden as peonies, it should be enjoyed as soon as it's ready to pick and enjoyed often. I grew up eating rhubarb sauce that my mother made from her garden rhubarb patch.  I don't know of any better way to turn a vegetable into dessert. That's right, rhubarb is actually a vegetable!

This rhubarb sauce recipe was inspired by Jacques Pepin's newest cookbook Heart and Soul in the Kitchen. I love Jacques Pepin and used to enjoy watching him cook together with Julia Child on their PBS television series "Julia and Jacques Cooking at Home" in 1999-2000. Did you know, besides his culinary expertise, that he is also a wonderful artist? 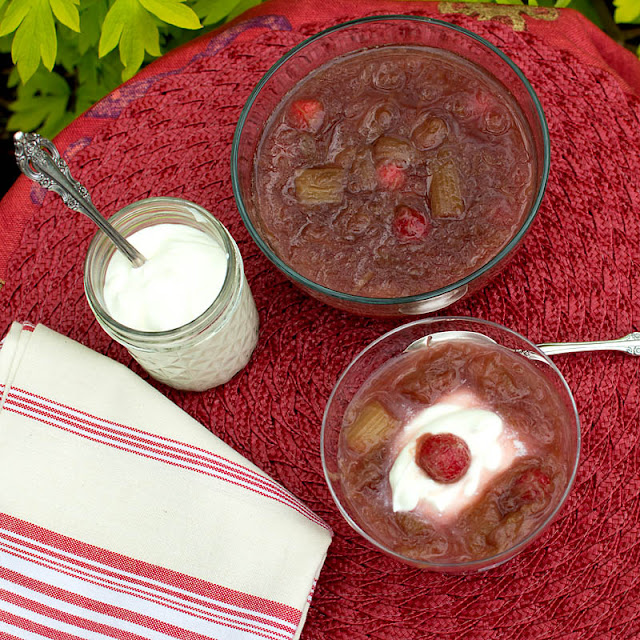 His recipe is served with a sweetened, sour cream and yogurt sauce but my version is served with my own, homemade crème fraîche. It's ridiculously easy and so, so good. It's slightly tart, but not as tart as sour cream, thick and creamy.  If you've ever shopped for crème fraîche in the store you'll know why it pays to make your own as it's quite expensive for a small container. 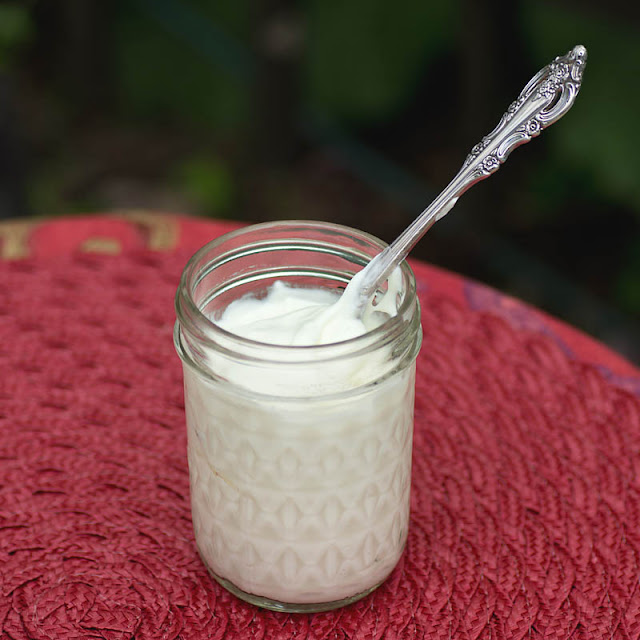 The past few weeks I've actually tried two different recipes for crème fraîche after seeing a few of my blogging friends recommend making your own, such as Madonna at Make Mine Lemon.  I had also done a little research and found another recipe from What's Cooking America that mentions using sour cream instead of buttermilk to thicken and activate the heavy cream used to make crème fraîche.  I liked the sour cream version slightly more the the buttermilk version and I seem to have sour cream in my home more often than buttermilk so I'm glad I tried it! The rhubarb sauce is delicious and I was surprised how wonderful it tasted with the homemade crème fraîche.  Try it! 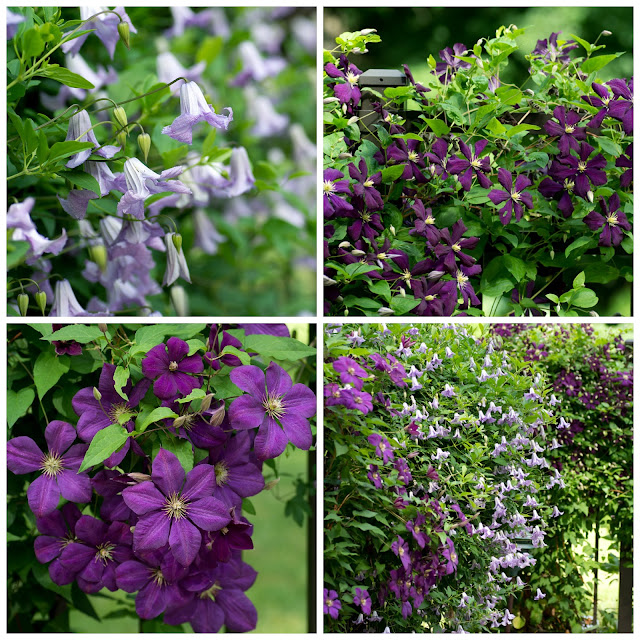 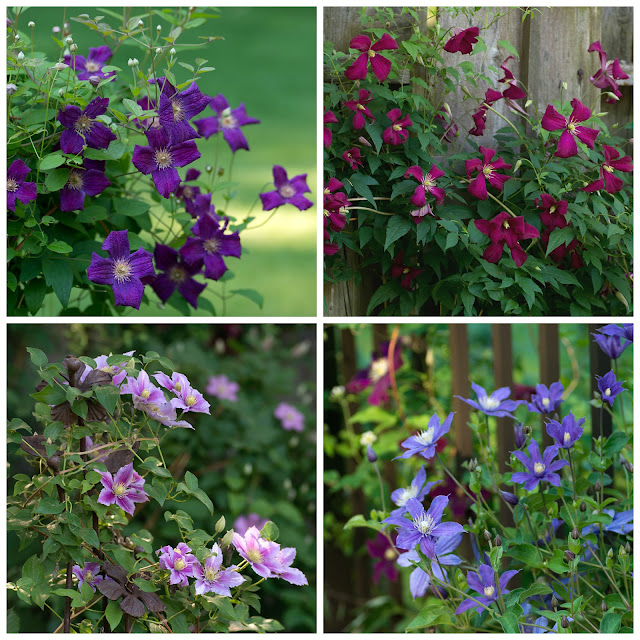 In the garden, all my favorite clematis are blooming now! Betty Corning, Warsaw Nike, Perrin's Pride make a lovely corner on the fence. Ashva, Madame Julia Correvon, Piilu and Arabella are the beautiful ladies on the bottom.  Don't you love the names?

I hope you are enjoying the start of summer as much as I am! Bon appetit!

Place all ingredients into a heavy saucepan and stir together over medium heat.Bring to a boil, stirring occasionally, cover and reduce the heat to low.

Cook for approximately 10-12 minutes, or until the rhubarb has softened. Allow to cool and refrigerate until ready to use.

To serve, place about 1 cup of rhubarb sauce in a pretty glass serving dish and top with a generous spoonful of homemade crème fraîche. Garnish with berries or mint.

Note: I had a few fresh raspberries in the refrigerator so I added them to the chilled sauce.

Adapted from Heart and Soul in the Kitchen by Jacques Pepin

Please note that you will have to start the crème fraîche at least 30 hours before you need to use it. It needs 24 hours to thicken to the right consistency plus 6 hours of chilling time.

8 ounces/1 cup heavy (whipping) cream (Do not use ultra pasteurized)
4 ounces/1/2 cup regular sour cream, at room temperature, or, 1 tablespoon Buttermilk
1 tablespoon confectioners sugar (optional). (Use if you prefer a slightly sweeter version for dessert use, omit for a more savory version)

Place all ingredients into a glass jar with lid and shake thoroughly to blend. Remove the lid and cover the jar with a small cloth or piece of paper toweling secured with a rubber band or twine.

Leave on the kitchen counter at room temperature for 24 hours, stirring once or twice.

After the mixture has thickened sufficiently (it will thicken faster in a warm room), stir, cover tightly and refrigerate for another 6 hours before using.

Tweet
Posted by SavoringTime in the Kitchen at 1:30:00 PM 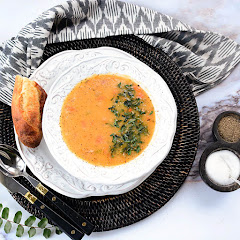 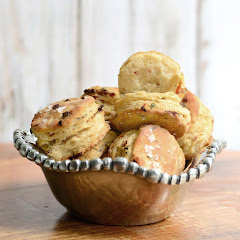 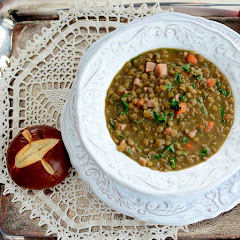 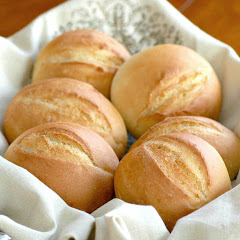 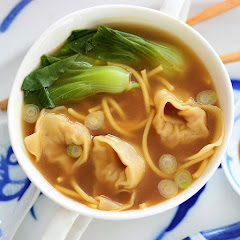 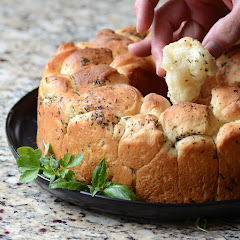 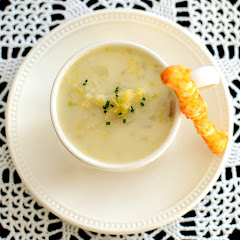 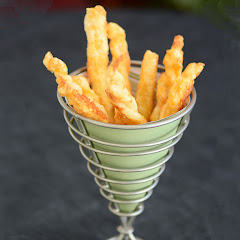 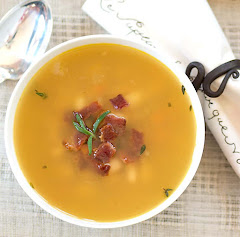 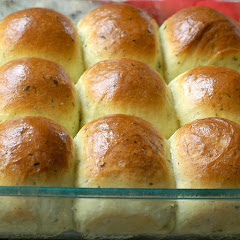 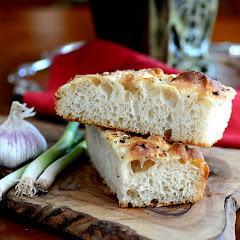 Sourdough Focaccia with Garlic and Onion 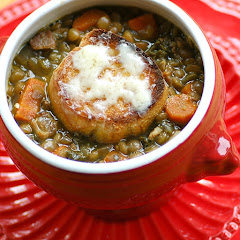 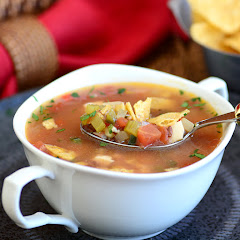 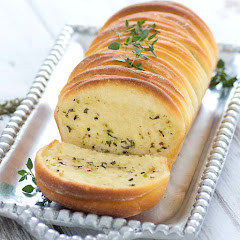